Did the textbook writers give me power to ask questions I wish to ask or am I asking questions they have in their mind? This cartoon appears in the context of the discussion on the powers of the President of India in the political science textbook of NCERT. It seems this question has a function far wider than the limited task of revealing the institutional blueprint of Indian politics. It pushes the student to ask something very uncomfortable.

Am I really the one asking the questions I ask? Or am I rehearsing questions that someone else has decided for me? As teachers of political science, our constant effort is to understand the ways in which power operates. None of the themes of our syllabi can be taught without reference to the resistance, critique and offending positions taken by groups who challenge the status quo. Sanitizing the history of critique and resistance that is encapsulated in satirical modes of representation like cartoons, can only be at the cost of keeping the discipline of political science uprooted from its very object of study.

In the recent cartoon controversy, however, the issues at stake are many more than a defence of critical pedagogy. Ironically, the defenders of a critical pedagogy find themselves in confrontation with precisely one of the significant movements that inspired the political nature of these political science textbooks of NCERT — that is, the a section of the Dalit movement.

In the debates that have followed, it has become clear that there is a vibrant and nuanced debate among Dalit intellectual themselves, and it is one such voice that we would like to present here. One of the speakers was a leading political theorist and Dalit intellectual of India, Prof. Gopal Guru, who threw what appeared to us, an extremely powerful challenge to the ways in which Dalit politics was taking shape through the demands for deletion of the cartoon and the sources from which support for this demand are emerging.

They are denied the privilege of being equal partners in any deliberative process. They cannot be considered capable of rational debate.

They seem to only have emotions and sentiments. These sentiments can be hurt or assuaged. But they must remain sentiments and emotions, and never be allowed to turn into critical rational questions.

The current cartoon controversy he argued, thus was an insult to a long tradition of deliberative processes, a tradition that has remained an integral part of the Dalit public sphere. There were challenges, discussions and deliberations, said Prof Guru, which ultimately led to the movement taking this course. Listening to Prof Guru, we wondered — are Dalits are being made the scapegoats here? Why has the issue of this cartoon and following from there, of cartoons in NCERT text-books, received the kind of importance it did from the likes of Kapil Sibal?

This very Minister and his Department have been comfortably ignoring the indignant voices of the many social movements that have been recently challenging neo-liberal reforms in higher education. Is the neo-liberal regime riding high on the sentimentality that they have imposed on Dalits, in order to legitimise their designs for a wholesale restructuring of education in India?

Is the authentic site of Dalit experience getting misused and re-deployed for the agenda of the neo-liberal regime? It is as though the Brahminical world has a formula for the fundamental anatomy of a Dalit mind — a reassertion of the caste order with its storehouse of stereotypes for all caste groups. And this self, in their opinion and for their convenience, is primarily sentimental.

Through this pathological naturalism Dalits are accommodated and yet systematically denied their due space in a democracy. They can join the mainstream only as sentimental beings. Dalits are then naturalised into a sentimental species.

We are all equal under the Indian Constitution. But just that, in this discourse, Dalits are not as equal as the savarna rational individuals. Savarnas reason. Dalits feel. As feminists, we have struggled for long to navigate through the dichotomy of feeling and thinking. We have seen how being emotional is precisely the ground on which women are systematically discriminated against in each sphere of life.

We have also seen feminists reclaim sentimentality and celebrate it as an alternative mode of thinking. The question that Prof Guru has raised for us through his lecture resonated with that question we have long struggled with. In the Dalit movement, how does one negotiate the experience of humiliation with the claim to reason? Prof Guru provocatively ended his lecture by asking us, what would we consider the most non-offensive statue or picture of Ambedkar?

Since his statues and images available all over India and indeed, the world, are of various sizes, colours, and facial features, he wondered, which of those will hurt us least? Hidden in this rhetorical question is an exposure of the structures of caste oppression that have adapted so surreptitiously.

They may take some time to appear. Cancel reply Enter your comment here Fill in your details below or click an icon to log in:. Email required Address never made public. Name required. Post to Cancel. Post was not sent - check your email addresses! Sorry, your blog cannot share posts by email.

As a global organisation, we, like many others, recognize the significant threat posed by the coronavirus. During this time, we have made some of our learning resources freely accessible. Our distribution centres are open and orders can be placed online. Do be advised that shipments may be delayed due to extra safety precautions implemented at our centres and delays with local shipping carriers. In this pioneering work in the field of political and moral theory, the contributors explore the complex and varied meanings, contexts, forms, and languages of humiliation within an interdisciplinary framework. The essays unfold the meaning of humiliation by juxtaposing it with other concepts such as shame, disgust, discrimination, degradation, and segregation.

This volume contains scholarly essays exploring the phenomenon of humiliation. Upendra Baxi trains an intriguing light on B. Sanjay Palshikar analyses resilience, while Gopal Guru explores ideologies fostering self-respect in the face of shaming. In a searing essay, V. In an overly-minute critique of historian Dipesh Chakrabarty, Valerian Rodrigues argues the continuation of filth in Indian public spaces reflects the failure of the State to protect some from the humiliation of cleaning for others. Nandy studies humiliation as a creative force and wonders whether social humiliations could be reduced by an acceptance of distances between different groups, by not forcing the pace of mingling. The volume has much to offer, but with its powerful theme it could have been of far greater interest to ordinary readers.

The shame of it 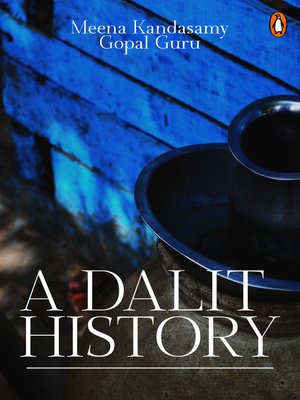